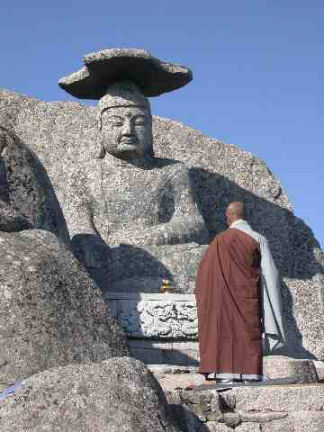 Much to the chagrin of local environmentalists and buddhist monks, Daegu is moving ahead with plans to build a cable car reaching up to popular Gatbawi. The construction is slated to begin in 2010 and take up to a year to complete, in time for the Daegu World Athletics Championship in 2011, which is not surprising, as the city seems to be really pushing through any project completable by then. But it’s about time that they added a cable car for this one. Given the amount of old Koreans that make that long, arduous trek (although the backside of the mountain has a spot where you can drive halfway up to a parking lot and make for a more bearable climb.) to bow and pray in front of the giant Buddha, it never made sense to me why they had a cable car for Palgongsan and not Gatbawi.